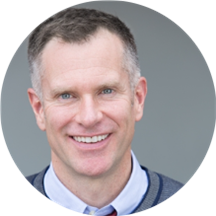 Autism is characterized by difficulties with communication and social interaction and by repetitive behavior patterns. The disorder has become very common, occurring in more than 1 percent of children. Autism is four times more likely to occur in males. Besides Asperger's syndrome, there are several other types of ASD, including pervasive developmental disorder not otherwise specified, childhood disintegrative disorder, and Rett's syndrome.

The causes of autism remain unknown, but it is believed to have both genetic and environmental roots. Families in which there is one autistic child have a greater chance of having another with the disorder. Children in families with certain psychiatric illnesses, like bipolar disorder, also appear to be at greater risk for autism.

There are observable abnormalities in the brains of individuals with autism and several mutated genes that appear to regulate fetal brain development and neurotransmission have been identified. There is a great deal of research being done on the causes of autism. Suspicions that autism was the result of defective parenting or of particular immunizations have been scientifically disproven.

There are many signs that a child may be autistic. The disorder is usually diagnosed in children between the ages of 2 and 6 and early intervention has been found to significantly increase their coping skills. Even in infancy, there are often some symptoms of the disorder. Children may not make normal eye contact, may not respond to their names, or may not smile as frequently as their peers. Language skills are delayed, or may appear to develop normally and then diminish. Children with autism may exhibit other signs of the disorder, including:

While parents, friends and teachers may observe behavior patterns consistent with autism, the disorder should always be diagnosed by a medical professional. Autism, like other psychiatric disorders, is diagnosed according to criteria set down by American Psychiatric Association that appear in the Diagnostic and Statistical Manual of Mental Disorders, or DSM.

Recently, the criteria for autism have been changed somewhat by the American Psychiatric Association so that some children who were previously diagnosed with autism are now diagnosed with social communication disorder, or SCD. This new designation lowers the number of children designated as autistic by approximately 10 percent. The decision to change the diagnostic criteria is a controversial one since some fear it will keep certain children from getting the services they require.

Autism is most often treated with a combination of applied behavioral analysis and medication. In some cases, alternative therapies are also used in an attempt to improve emotional stability and to normalize behavior.

Applied behavioral analysis is a highly structured protocol designed to help improve language and social skills by dividing tasks into incremental steps and rewarding each small success. Typically administered by mental health care professionals, such techniques can also be taught to family members and teachers so the therapy is reinforced in all environments. Family therapy is also helpful in assisting family members as they cope with the emotional stresses of dealing with the autistic child.

While autism is not a curable condition, physicians may prescribe medications to treat symptoms related the disorder, such as obsessive-compulsive behavior, social anxiety, depression, sleep problems, and hyperactivity. In some cases, antipsychotic medications may also be used to treat severe behavioral problems. Since 20 to 30 percent of patients with autism will develop epilepsy, anti-seizural medication may also be administered.

Some alternative therapies are being used to treat children with autism, including special diets, nutritional supplements, and chelation. Parents may try, for example, eliminating gluten from their child's diet. These therapies, found to be employed more often by more highly educated parents, are controversial, since there is little, if any, scientific proof that any of them are helpful. Nonetheless, there is anecdotal evidence that some of these complementary treatments may be helpful to some children.

The goal of treatment is to maximize the child's ability to function, reduce troublesome symptoms and support development and learning. Several different treatment methods may be necessary before finding the best combination of therapies for the child. Early diagnosis, intervention, and treatment are extremely important in helping children with autism develop to their full potential.